As we continue to fight through these unprecedented times, as a nation, we have all been actively trying to play our role in helping to support those at the front line of the pandemic. While the coronavirus has had a devastating impact on the lives of billions across the globe, it has most definitely encouraged a new sense of appreciation for those who dedicate every day to caring for others. Whether it may be doctors and nurses working for the NHS or the police force, firefighters and supermarket staff, there are millions of individuals who are putting their fear to one side to ensure that we can see the light at the end of the tunnel.

With this in mind, it has been fantastic to see so many members of the public getting involved in fundraising campaigns to raise much-needed funds for frontline staff. As specialists in healthcare recruitment, we have many of our own locum nurses working tirelessly to overcome the pandemic, so we thought this was the perfect opportunity to take a look through the excellent fundraising campaign ideas we have all grown to love over the past few months, including how you can get involved!

Fundraising Campaign Ideas And How To Help From Home!

We can safely say that we have never been prouder to be a medical recruitment agency, working with both the NHS and private sector. Those who work on the frontline really have been putting their absolute all into caring for not only those with COVID-19, but also patients who are embarking on non-coronavirus related hospital visits during the pandemic. With so much uncertainty circling the world, it feels as if there is little sense of normality; however, what we can be sure of, is that every effort that you make to support frontline staff will be hugely appreciated. So, whether you want to donate to a campaign or even set yourself your own fundraising challenge, here are just some of the many ways in which you can get involved:

It would only be right to begin our list of incredible fundraising ideas with Captain Tom Moore’s 100th birthday walk. On the 6th of April, just two weeks after the UK went into lockdown, Tom Moore set himself the challenge of completing 100 laps of his garden in time to celebrate his 100th birthday on the 30th of April. The endeavour was named ‘Captain Tom’s 100th Birthday Walk For The NHS’ and posted on the ‘Just Giving’ platform in the hope that he would raise £1,000 for the ‘NHS Charities Together’ foundation. By just the 10th of April, Captain Tom had become a well-known household name, already reaching his goals and upping the target to £5,000, before increasing once more to £500,000.

After being featured on channels across the world, it was inevitable that Moore would successfully reach his target, but no one could have anticipated the outstanding total that the former British Army officer could have achieved. After hitting the 100 lap goal on the 16th of April, just ten days after he had set the challenge, Captain Tom vowed to keep going until his birthday. On the morning of his 100th birthday, it was confirmed that the hero had raised a groundbreaking £32,796,475 after more than a million individuals had got involved. This now holds the record for the biggest fundraising total ever to have been raised on JustGiving.

Although the campaign has now been closed on ‘JustGiving’, it is never too late to donate. You can either head straight over to the ‘NHS Charities Together’ website to donate to their urgent appeal or purchase the charity single, You’ll Never Walk Alone, on ‘iTunes’ or ‘Amazon Music’. The single features Tom Moore, Michael Ball and the NHS Voices of Care Choir; all proceeds are donated straight to ‘NHS Charities Together’. 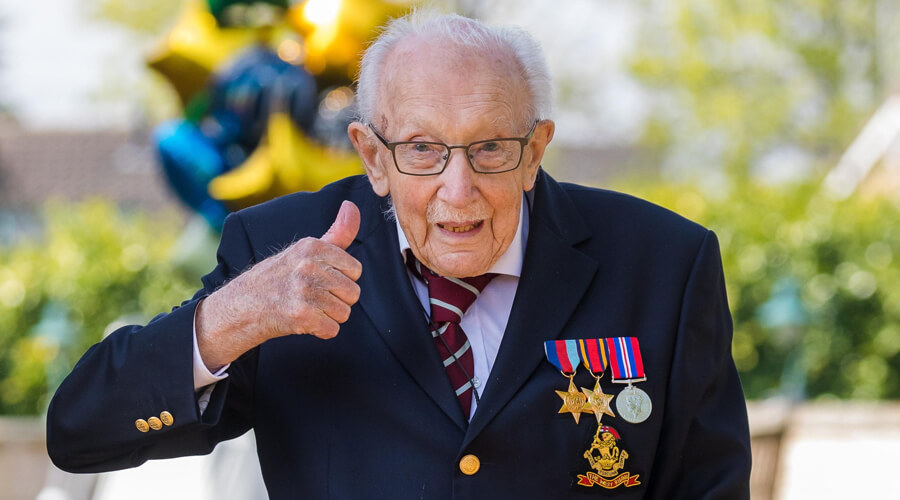 We can most definitely admit that for many of us spending the past few months at home, the lockdown has made us somewhat lethargic. This meant that a challenge that encouraged us to venture into the outdoors and get moving was just what we needed, and the ‘Run For Heroes’ appeal gave us just that!

Started by Olivia Strong, a documentary maker from Edinburgh, the ‘Run For Heroes’ challenge was set up on ‘Virgin Money Giving’ to raise £5,000 for the NHS. The rules were super straightforward and came alongside the slogan “Run 5, Donate 5, Nominate 5.” Simply run, walk or cycle 5k while sticking to strict social distancing guidelines, then donate £5 to charity and pass the challenge on by nominating 5 friends or family members. The campaign went viral on Instagram, with the ‘@run.for.heroes’ page reaching more than 60k followers after being featured on the profiles of celebrities across the globe.

If you are feeling brave and looking for a way to contribute, then why not take on the ‘Run For Heroes’ challenge? Although the campaign has now reached an unbelievable total of more than £5,000,000, ‘Virgin Money Giving’ is still accepting donations. We promise that it’s not as hard as you may think and you will feel fantastic afterwards! 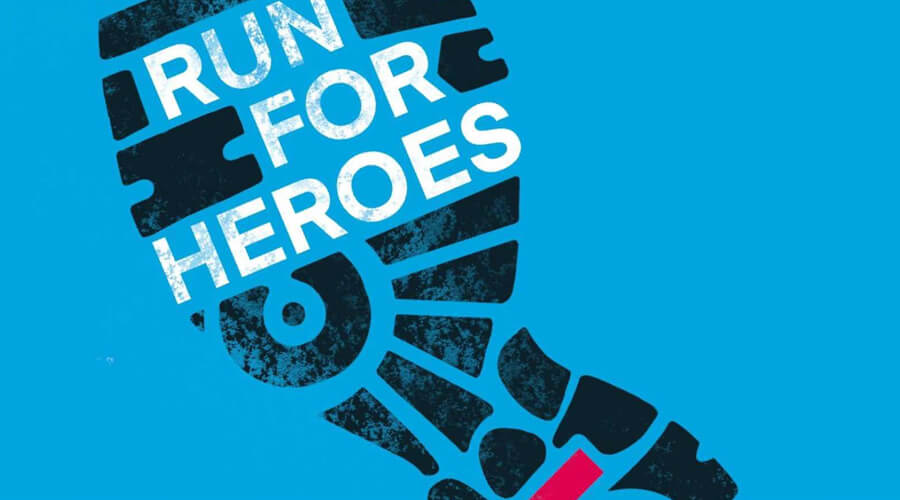 Standing at our front doors, in our gardens or on our balconies on a Thursday night to clap for the NHS has now become part of our weekly routine. Whether you know someone working on the frontline or not, we can all safely say that hearing the round of applause that echos across the UK is a truly special, emotional moment!

The 8pm clap for carers campaign is all part of the ‘#ONEMILLIONCLAPS’ appeal, which works towards raising money for NHS workers. Designed as a way to thank those on the frontline for their dedication, the appeal gives the public the opportunity to donate £5 to the NHS through a text accompanied by a personal message. These kind donations are put towards a whole host of resources, from food and accommodation for staff, volunteers and patients, along with mental health support for those impacted by COVID-19.

ITV has now become the official broadcaster of the ‘#ONEMILLIONCLAPS’ appeal, so next time that you head outside to clap, be sure to switch over the channel to see a short film and sing along to the re-recorded Queen classic, ‘We Will Rock You’. You will also be able to make your donation by texting the word ‘CLAP’ along with your message to 70507.

If you’re looking for a more unique way to support the fight against the coronavirus, then why not use the money you have saved during the lockdown to donate to charity? For those who have been working from home for the past few months but usually commute using public transport, donating the money that would have been used for travel each week is a fantastic way to give back.

The ‘#DonateYourCommute’ campaign was set up by the platform ‘BigGive’ with the aim to provide support to communities who were directly impacted by the pandemic. It is a match funding campaign which means that the moment that the appeal raises £200,000, this total will be doubled by the ‘Reed Foundation’, an organisation developed to improve the lives of those living in the UK. All funds raised through the ‘#DonateYourCommute’ campaign will be directly donated to the ‘National Emergencies Trust’ who are responsible for distributing money to tackle the aftermath of national emergencies. 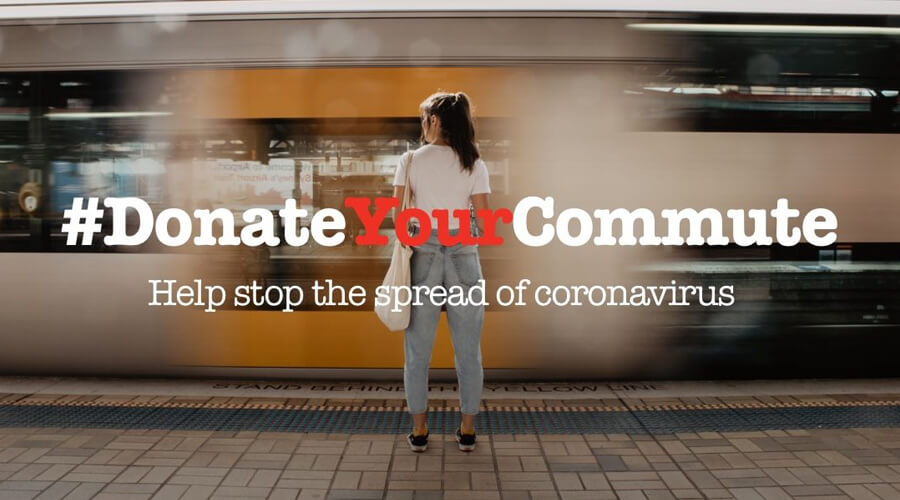 We are all more than aware of the shortage of PPE equipment available to frontline staff working through the pandemic, and the ‘#Masks4NHSHeroes’ campaign is one of the most effective ways to ensure that this is overcome as soon as possible. Set up by a group of doctors, ‘Dr Mona Barzin’, ‘Dr Salaj Masand’, ‘Mr Ravi Visagan’ and ‘Mr Nav Kumar’, the ‘#Masks4NHSHeroes’ campaign has been designed to source PPE for individuals who need it the most. This includes not only doctors and nurses but also patient catering staff, cleaning staff, volunteers and many more.

As opposed to many campaigns who are asking for equipment to be donated, the ‘#Masks4NHSHeroes’ appeal is requesting only monetary funds through their ‘Crowdfunder’ page. This will mean that they can then source the highest quality of protective equipment and prevent frontline staff from having to buy their own. All equipment will be sourced from international sellers who only specialise in verified products and can ensure that the essentials reach the UK in just one week. In guaranteeing that staff can have the right level of equipment, not only can they minimise the risk of contracting the virus but also avoid passing it onto others.

The ‘#Masks4NHSHeroes’ campaign has been supported by ‘James McAvoy’ who has donated a vast £275,000 to kickstart funds. He posted a video on his ‘Instagram’ page urging the public to donate as much or little as they can, saying that the “money donated today will save lives… Help us to help the government to help the NHS.” 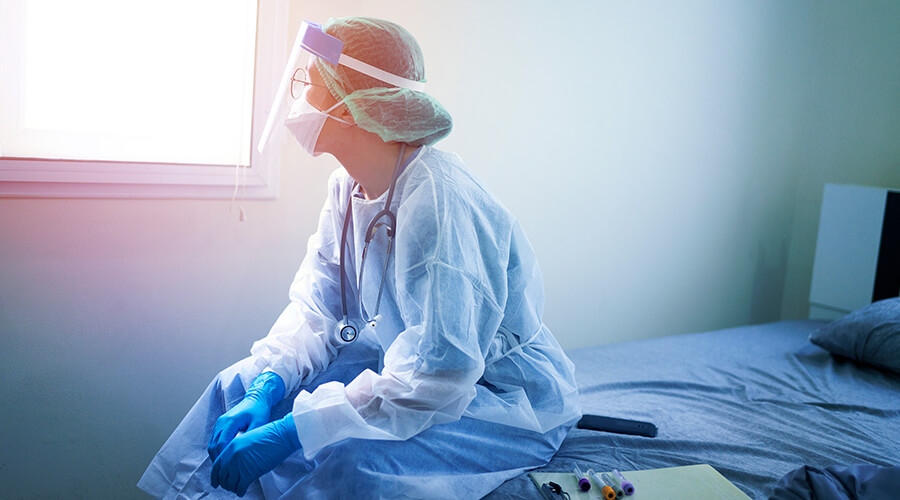 Although the ‘BBC’s Big Night In’ was televised back in late April, it definitely deserved to be mentioned after raising a fantastic £27,398,675 for charity. The evening filled with one-off programmes was in aid of both ‘Children In Need’ and ‘Comic Relief’ to support the charities in caring for those impacted by the pandemic. As a three-hour special, the ‘Big Night In’ was filled with famous faces including the ‘royal family’, along with exclusive sketches from the stars of ‘EastEnders’, ‘Little Britain’ and ‘Doctor Who’.

In addition to hours of entertainment, the evening also featured the premiere of BBC Radio 1’s charity single which is a cover of ‘Foo Fighters’ Times Like These’. The single is performed by 23 stars from across the globe including ‘Dua Lipa’, ‘Rita Ora’ and ‘Chris Martin’, who came together to film from the comfort of their home. All purchases of the single will be added to the total raised by the ‘Big Night In’, which means that you can still get involved by buying the song on the streaming platform of your choice.

If just like us, you love raising money for the charities that mean the most, then it is never too late to get involved in the fight against the coronavirus. Whether you take part in one of the fun challenges or donate to the inspiration fundraisers, every penny counts and it will most definitely be appreciated by those on the frontline!

Tips On Achieving A Work-Life Balance As A Nurse

Achieving the ideal work-life balance is something that we all strive...

Regardless of your role or the industry that you specialise in, night...

Nursing is an incredibly diverse industry, which means that there are...

Regardless of the nursing field that you specialise in, you are bound...

Register With us Today!